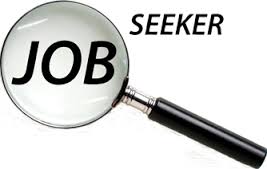 Job hunting through a crisis

There's something for everyone in this month's newsletter

We've had a busy few weeks since our last newsletter, November is looking to be a really productive month, the previous quarter was close to where we usually are. Looking forward to the next quarter it feels somewhat uncertain as to what we'll achieve, but as usual we strive to support where we can and deliver great service along the way! This month I'm sharing 3 articles on different topics, all of which are pertinent right now.

Think its an Employers market in terms of recruitment?

There is a common misconception that its an "Employers Market" right now and that if you are recruiting then you will have the pick of the talent pool - right?

What should I ask at interview?

What would you like to ask me? This is your moment. Your chance to shine. Your chance to stand out in an interview and make the interviewer sit up and listen. Don't sit like a rabbit in the headlights and ask about benefits or salary, show the interviewer what you're made of, show them you're a critical thinker. Show them you've given real thought to this interview before you showed up.

The 9-5 is dead but the office is NOT

Workplaces will not 'return to normal' after the coronavirus pandemic but most companies will not let employees work from home permanently Figures from report commissioned by British Contract Furnishing Association The report, released today, says speculation that the office is dead is 'misplaced'  Recommends companies look at mixed system of working in office and at home

How much is your time worth?

One of the main reasons that companies choose to manage their recruitment in-house and not use an agency falls to cost. The recruitment industry is huge and was born out of a need and that need has not gone away, though the cost of using an agency is often seen as prohibitive. But is it really? A recruitment process takes time, time we’re paid for which is commensurate with the effort put in. Margins in recruitment businesses are usually reasonable, we’re not charging onerously, far from it.

We're here for you

It's tough out there for job hunters, there is no doubting that...

I recently attended the Dorset Chamber Business Leader event where the speaker was Lord Mark Price from Engaging Business. With over 30 years in the John Lewis Partnership as Deputy Chairman and a decade as MD of Waitrose, Mark Price created Engaging Business to help organisations improve their workplace happiness and employee engagement to drive greater commercial performance. I've included the report he shared with us during the presentation here.

More than 1300% increase in applications for some job roles

Applicants are outweighing job vacancies, with increases as high as 1363% for certain roles in the four months from March to July, according to research from Search Consultancy.

Jobs: Demand for workers picks up in early August

By Tom Espiner Business reporter, BBC News Demand for workers started to pick up in the first week of August, according to recruiters, offering glimmers of hope for the UK economy. There were almost 126,000 new job adverts, the highest weekly number since the Covid crisis began, said the Recruitment & Employment Confederation. Jobs in strong demand included builders and debt collectors, REC said. Data from the Office for National Statistics also suggested more adverts were being posted.

From 1 January 2021, free movement will end and the UK will introduce a points-based immigration system. The new system will treat EU and non-EU citizens equally and transform the way in which all migrants come to the UK to work. Irish citizens will continue to be able to enter and live in the UK as they do now. Under a points-based immigration system, points are assigned for specific skills, qualifications, salaries and shortage occupations. Visas are then awarded to those who gain enough points. The points-based system will provide simple, effective and flexible arrangements for skilled workers from around the world to come to the UK through an employer-led system

UK employment falls by biggest amount in over a decade

Employment in the UK fell by the largest amount in over a decade between April and June, official figures show. The number of people in work decreased by 220,000 on the quarter, said the Office for National Statistics. This was the largest quarterly decrease since May to July 2009, the depths of the financial crisis.